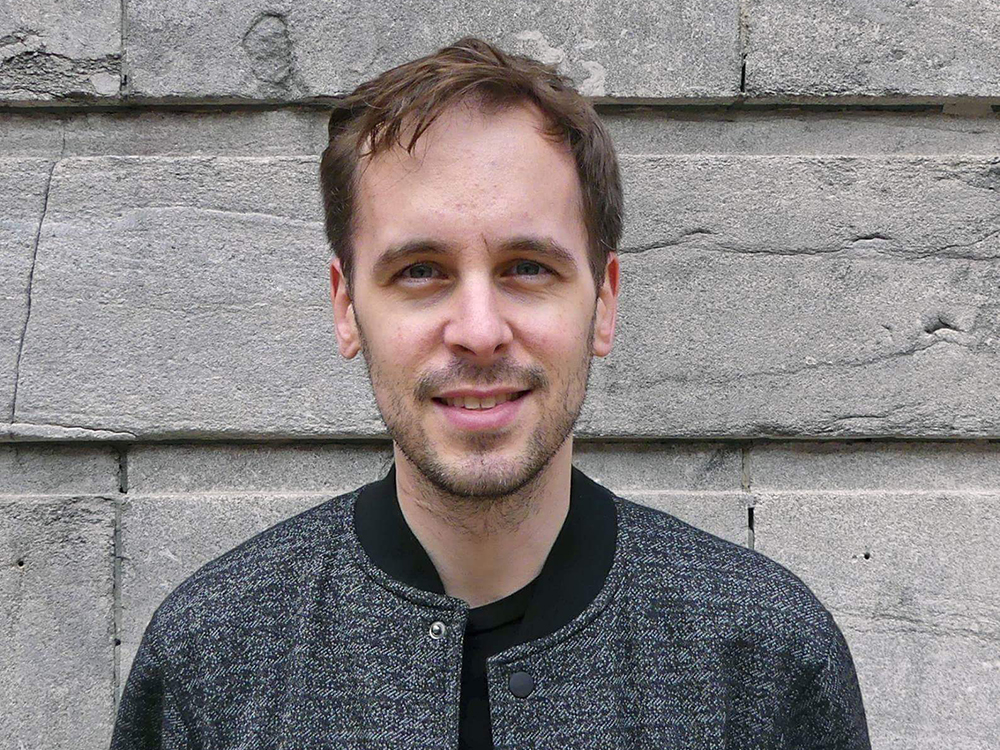 Friday, November 22, 2019
A member of the Huron-Wendat Nation, Philippe Sioui Durand found his initial inspiration in his family’s artistic background. This creative inheritance, combined with his professional experience as a sound recording engineer, led Durand to found Yändata Inc., a production house that promotes entrepreneurship amongst a new generation in Quebec’s indigenous communities.

My father, Guy Sioui Durand, who has been very active since the 1980s and well known in the native arts community as a speaker, artist and professor, as well as my uncle Yves Sioui Durand, the founder of the theatre company Ondinnok, were two major sources of inspiration in the genesis of my project. While it was my experience as a sound recording engineer in the radio, TV and film sector that enabled me to gain management and audiovisual production experience, it was my studies at university that were the decisive element in realizing my idea: They drove me to the conclusion that I needed to collaborate on the creation of a new production house that would act as a meeting place for indigenous nations and become a driver of their future economic growth. It was at that moment my idea came together and I decided to pair knowledge with well-being in the context of indigenous creation under the banner of a responsible, daring and different kind of company.

In the beginning, Yändata’s business model was based on training workshops aimed at members of indigenous communities and provided as a complement to training that was already available. However, when performing my market study, I noticed how vigorous the entrepreneurial scene was amongst the First Nations, which currently counts over 1,000 companies of all sizes across Quebec. I also noted the need for a complete service offering in audiovisual production and post-production, and also observed that the existing production houses were concentrated in a specific commercial niche. The sector was ripe for the launch of my project in the fall of 2017.

The differentiating element of Yändata, which means “village” in the Wendat language, is its social approach, which makes every project a site for collaboration and work amongst members of the indigenous community while ensuring the quality of the company’s creations. These creations range from video (content, portraits, corporate films) to podcasts and animated graphics using motion design. The company’s customers—which were mainly composed of First Nations companies, organizations and artists in the beginning—have evolved along with the growth of Yändata, to the point where now its customer base includes non-native companies.

Every project requires several collaborators, and the training of personnel is still a constant preoccupation. We would like to offer the youngest people who are just entering the labour market a chance to contribute to inspiring projects. We’re the link that connects more seasoned collaborators with less experienced ones. In support of this role, the Yändata team relies on a wide-ranging network of skilled collaborators.

The pursuit of this goal is quite a challenge in terms of resource management and logistics, but we’re ready to take it on. To that end, we’ve begun talks with a Montreal university to establish a collaboration in order to pool our resources. This partnership will be to the benefit of our current and future clients.

“The sense of pride linked to the First Nations identity will intensify amongst young people through the development of diverse role models they can identify with.”

Establishing a dialogue with non-native organizations

One of my goals is to create tools adapted to non-native organizations that would like to build bridges with native communities, to open a dialogue with them or hire personnel from those communities. This collaboration should become a source of motivation. At Yändata, we would like to promote the establishment of relationships between native and non-native companies through our productions. Our approach comes from a desire to share and communicate in order to facilitate the “reconciliation” of our nations.

Since its creation, Yändata has realized a variety of mandates and, naturally, creativity and guidance are increasingly at the centre of its service offering. In addition to production, I believe that the sustainability of my company lies in providing better guidance to clients in choosing communication tools that are better adapted to their projects. Creativity therefore plays a central role in its future.

More than ever before, Yändata Inc. is part of a new wave of indigenous entrepreneurship. Focused on collaboration, openness and inclusion, it relies on a network of collaborators, the trust placed in it by its clients and its desire to use its productions to promote the interests of native communities across Quebec.